Is there truly “no saturation in the accumulation of alien species worldwide”? 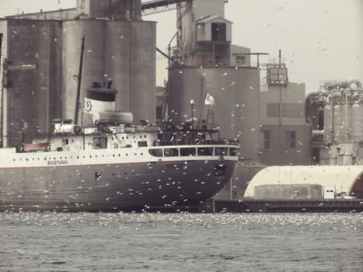 In reading group last week (May 11th) Hannah Fraser brought the group a paper reflecting a synergy between QAECO interests and her current role in the Centre of Excellence for Biosecurity Risk Analysis. This paper by Seebens et al. (2017) “No saturation in the accumulation of alien species worldwide” evaluates the trends in the introduction of alien species from 1800 to 2000. They have three hypotheses

Next, Seebens et al. (2017) evaluate the relationship between introduction rate and trade volume across taxa by fitting a Michaelis–Menten curve to the data and evaluating its explanatory power. They found high r2 values for several taxa that are thought to be introduced by accident: algae, fish, and invertebrates. The relationship between trade volume and introduction rate was not as compelling for other taxa including some that are likely to be introduced accidentally (e.g. arachnids) as well as those that are likely to be deliberately introduced (e.g. mammals).

Their analyses neatly provide evidence that the rate of alien species introductions are increasing worldwide but have some substantial limitations that are not drawn out in the text and mean that the findings should be interpreted with caution.

These complaints aside, Seebens et al. (2017) have put a lot of effort into compiling and cross-checking an amazingly large dataset of first record rates, providing fantastic opportunities for future research. Further, their study investigated changes in introduction rates at an unprecedented scale, providing useful insights, as long as the results are taken with a grain of salt.